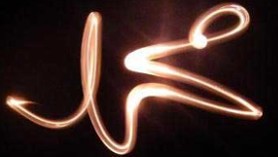 "Do not trouble yourself! Indeed I am not a king. Rather I am merely the son of a Qurayshi woman who eats dry meat."

It has also been authentically reported from the Prophet sallallahu 'alayhi wa sallam that he said:

"Do not over praise me as the Christians over-praised 'Isa son of Maryam. Indeed, I am only a slave. So call me the Slave of Allah and His Messenger."

Imam Ahmad - rahimahullahu ta'ala - reports from Muhammad ibn Fudayl, from 'Amarah, from Abu Zur'ah who said: I do not know this except from Abu Hurayrah - radhiallahu 'anhu - who said: Jibril was sitting with the Prophet sallallahu 'alayhi wa sallam looking towards the sky, when he saw an angel. So Jibril - 'alayhis-salam - said to him: Indeed, this angel has never descended before today. So when the angel had descended, he said: O Muhammad! I have been sent by your Lord (to inquire) whether He should make you a Prophet-King or a Slave-Messenger. [Related by Ahmad (2/321), Al-Bazzar (no. 4262) and Al-Haythami in Al-Majma' (9/18-19) where he said: "It has been narrated by Ahmad, Al-Bazzar and Abu Ya'la, and its initial narrators are all the narrators of As-Sahih."]

And in a mursal narration from Yahya ibn Kathir - rahimahullah that the Prophet sallallahu 'alayhi wa sallam said:

There is also a narration related by Abu Ma'dhr from Al-Maqburi from 'A'ishah - radhiallahu 'anha - that the Prophet sallallahu 'alayhi wa sallam said: "An angel came to me and said: Allah sends blessings upon you and says: If you wish you may be a Prophet-Kin or a Slave-Messenger. So Jibril - 'alayhis-salam - indicated to me that I should humble myself: So I said: A Prophet-Slave." So 'A'ishah said: So after that day, the Prophet sallallahu 'alayhi wa sallam never ate whilst reclining, saying: "I eat like a slave eats and I sit like a slave sits." [Hasan: Related by Al-Baghawi in Sharh as-Sunnah (no. 4683) and Abu'sh-Shaykh in Akhlaq an-Nabi (no. 213), and Al-Haythami authenticated it in Al-Majma' (9/19)]

And it is related in the Musnad, or in the Sunan of At-Tirmidhi, from Abu Hurayrah radhiallahu 'anhu, from the Prophet sallallahu 'alayhi wa sallam who said:

"My Lord - the Mighty and Majestic - gave me the choice that the valley of Makkah be filled with gold, but I said: No! O Lord. However, grant food to me one day, and hunger the day after. So when I am hungry I humble myself before You and remember You, and when I am full, I am grateful to You."

Some of the knowledgeable people have said: Whoever claims al-'ubudiyyah (slavery and servitude to Allah), but desires still remain with him, then he is lying in his claim. Indeed, al-'ubudiyyah will only be true for the one who annihilates his desires and establishes the will of his Master, where his name is what He called him (i.e. 'ibadu'r-rahman: the Slaves of the Most Merciful).

"The cure for the hearts is in five things: reciting the Qur'an with reflection and contemplation; emptying the stomach (i.e. frequent fasting); praying at night; humbling oneself in the early hours of the morning; and being in the company of the salihin (righteous)."

We ask Allah to grant us the ability to please Him and to bestow upon us His mercy.

He is the Imam, the hafidh, the zahid (abstainer from this world), the admonisher Abu'l-Faraj 'Abdur-Rahman ibn Ahmad Rajab as-Salami better known as Ibn Rajab al-Hanbali. Ibn Fahd said about him: "The Imam, the hafidh, the hujjah (proof), the knowledgeable Scholar, the dependable one. He was one of the Scholars who shunned the world, and one of the Imams and worshippers. He was an instructive Scholar from the Scholars of Hadith - and an admonisher of the Muslims." Ibn Fahd also said: "He - rahimahullahu ta'ala - was a pious Imam who shunned the world. Hearts inclined towards him with love, and the different sects accepted him. His sittings for advising the general people were of great benefit and used to open up the hearts." As-Suyuti said about him: "The Imam, the hafidh, the Scholar of Hadith, the admonisher 'Abdur-Rahman ... " He learnt from some of the major Scholars of his time, such as Ibn Qayyim al-Jawziyyah, Al-Hafidh Al-'Iraqi, Ibn An-Naqib and others. He authored many books in the field of tafsir, hadith, biography and history, raqa'iq (heart-affecting matters) and also in fiqh. He is enumerated as one of the great scholars of Fiqh of the Hanbali madbhab - as is proven by his excellent book: Al-Qawa'id al-Kubra fi'l-Furu' - about which Ibn Muflih said: "It is a proof about his complete knowledge of the madhhab." And al-Hafidh Ibn Hajar also spoke with similar praises about the book. He - rahimahullah - died in the year 795H.

Rasulallah (the Messenger of Allah)

He who enters the grave without good deeds is like the one who travels the sea with no vessel.