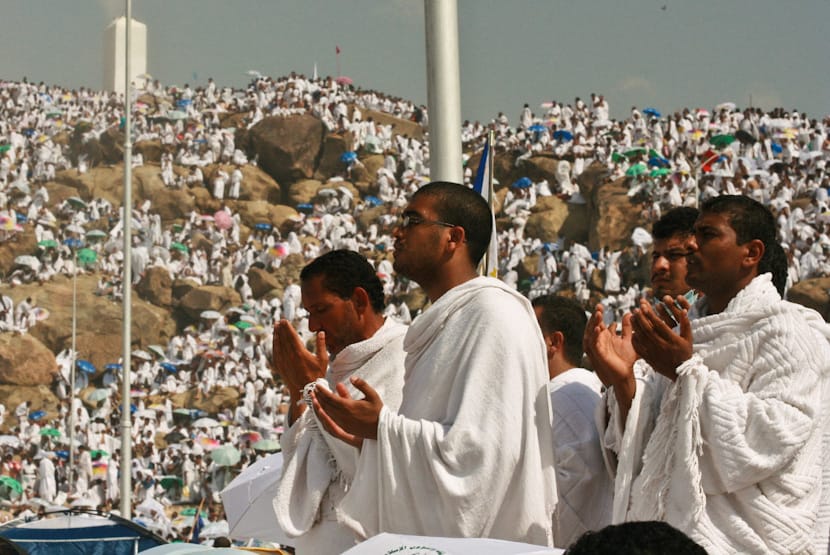 The ninth day of Dhu'l-Hijjah (the 12th and final month of the Islamic calendar) is the Day of 'Arafah. It is the day when pilgrims stand on the plain of 'Arafah to pray. On this day, Muslims all over the world who do not witness the annual Hajj should spend the day in fasting, in preparation for the three days festivity following 'Eid ul-Adha (the celebration marking the end of the Hajj commemorating the Prophet Ibrahim's willingness of sacrifice).

Abu Hafsah, may Allah be pleased with him, reported that the Prophet, upon whom be peace, said:

"Fasting on the Day of 'Arafah absolves the sins for two years: the previous year and the coming year, and fasting on 'Ashura, (the tenth day of Muharram) atones for the sins of previous years."

In another saying the Prophet's wife Hafsah, may Allah be pleased with her, said:

"Four things the Messenger of Allâh never neglected: Observing fast on the day of 'Ashura, 'Arafat, three days every month, and offering fajr sunnah prayers early in the morning."

These statements are proof that fasting on the ninth of Dhul-Hijjah, the day before 'Eid ul-Adha was a lifelong practice of the Prophet, peace be upon him, as his wife reported.

There are some reports that fasting is prohibited on the Day of 'Arafah. However, it must be understood that this refers to a person performing the Hajj. If a person is on the Hajj, there is no fast for him or her on the day of 'Arafah. That is undoubtedly a blessing for him because of the hardships of the pilgrimage. In a saying reported by Umm Al-Fadl, may Allah be pleased with her, she said:

"The companions doubted whether the Prophet was fasting on 'Arafah or not. She decided to prove to them that he was not, so she said, 'I sent to him milk, which he drank while he was delivering the khutbah (sermon) on 'Arafah.' "

Prohibiting the pilgrims from fasting on these days is a great mercy for them, for fasting will exert undue hardship on the person performing the Hajj, while they are primarily concerned with their pilgrimage. Above all, the pilgrim would not be fasting anyway because he is travelling.

You will never meet Allah with anything better for you than having few sins. Whoever wants to surpass those who exert themselves in worship, let him stop himself from committing numerous sins.