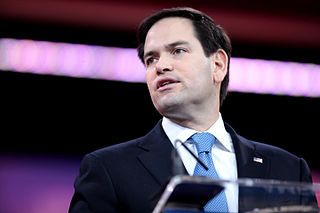 The full extent of Beijing's evil is finally coming into view. As the world watches the ongoing democratic uprising in Hong Kong, it is impossible to ignore the greater backdrop of oppression and egregious human rights abuses across China: more than 1 million religious minorities now in Xinjiang’s modern-day concentration camps, vast efforts at cultural reprogramming, and regular physical torture.

Sayragul Sauytbay, a Chinese Muslim of Kazakh descent, described being separated from her family and kept in Xinjiang under heinous conditions, where prisoners were routinely punished for observing their faith and having insufficient knowledge about Chinese culture or language.

Over the last several months, the steady trickle of horrifying stories has provided a fuller picture of the kinds of evils regularly occurring within these camps. We have now heard credible accounts of relentless brainwashing, systematic sexual abuse and extensive physical punishments, like fingernails ripped out and forced abortions.
These are some of the darkest stories ever told, yet they are critical to air to the world. Now, we hear them with terrible frequency. In Congress, Nury Turkel, chair of the board for the Uighur Human Rights Project, recently provided testimony, explaining that speaking "may cost the lives of [his] parents, but … it's the right thing to do".

However, we must recognize that this evil is not exclusive to Xinjiang or even to the nation’s Muslims, but one more consistent with the Chinese Communist party's greater philosophy. Any religion or ideology that recognizes a higher power than the party is a threat that must be brought to heel or eliminated. Political and cultural conformity must be enforced at all costs.

We see this in Xinjiang. We increasingly see it among the Hui, a separate population of Chinese Muslims with no history of radicalization, who are now regularly surveilled and repressed, and whose mosques are being stripped of their distinctive domes. We have seen it in Tibet, where monasteries have been destroyed for decades and the Buddhist faithful imprisoned and tortured for peaceful protest. We have seen it in China's numerous Christian communities, where intense persecution has forced millions to practice their religion underground. We have even seen it in tiny, ancient sects like that of Kaifeng's Jews, where the government recently banned communal worship for Passover and other holidays, as well as destroyed signs to erase evidence of the community’s Jewish history.

The end goal is sinicization: the forced transformation of religious and ethnic minorities into narrow, party-approved cultural, ideological and ethnic norms. In its worst forms, it's a eugenic project, which explains why the government pressures Uighur women to have fewer children and marry outside their ethnicity.

Most of the work to shine light on the atrocities that sinicization requires has occurred outside of the organs of American government so far. For that, we owe a debt of gratitude to individual dissidents who have escaped, diasporic minority communities, international watchdog organizations and individual researchers and journalists.

But more action is required on the part of the US government. My Uighur Human Rights Policy Act of 2019 – which would direct our government to collect and publicize information about China's abuses in Xinjiang as well as Chinese intimidation of US citizens and legal permanent residents (LPRs) – has already passed unanimously in the Senate. The legislation urges the application of Global Magnitsky and other sanctions, a review of export controls, and the establishment of a voluntary database that American citizens and LPRs could use to provide information on missing family members.

The bill now awaits final passage in the House. It would represent an important first step at striking back against this tremendous injustice.

The international community cannot turn a blind eye to what is unfolding in Xinjiang, Tibet, Ningxia and throughout the rest of China. The Chinese Communist party's ideological commitment to totalitarianism has become mobilized into regular, brutal action, intended to forcibly assimilate anyone who dares question the Communist party’s political and cultural control. Lawmakers in free capitals around the world must step up and counter this evil.

Marco Rubio is a US senator for Florida.  Published in the The Guardian on 31 October 2019 (here), reproduced under fair dealing/fair use provisions of applicable copyright law.