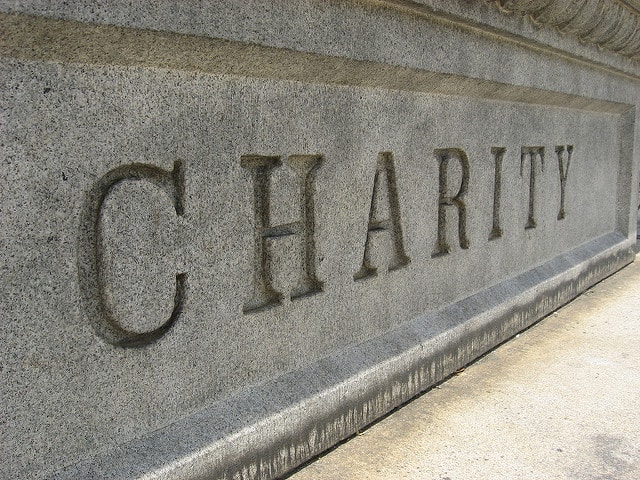 "For whatever good you my offer up on your own behalf, you shall truly find it with God."

"The parable of those who spend their possessions for the sake of God is that of a gran out of which grow seven ears, in every ear a hundred grans: for God grants manifold increase unto whom He wills; and God is infinite, all-knowing."

In the authentic hadith, Ibn Abbas narrated that the Prophet, sallallahu 'alayhi wa sallam, was naturally the most generous of people and that he used to be more generous than ever in the month of Ramadan when Gabriel met him.  Indeed, he used to be more generous than a blessed wing.  Fasting calls for the feeding of the hungry, giving to the indigent and offering to the poor.  Ramadan is a season for the open-handed, a well-timed opportunity for those who sacrifice and give.  Allah has give you, so sacrifice out of what He has given you, for wealth is a loan for exchange, and life is a journey.  Wealth is like water, if its flow is obstructed it becomes brackish, and if it flows, it becomes sweet and fresh.

Thus, every time a servant of Allah gives something in charity Allah eases his physical, spiritual and mental conditions.  And He expands for him his sustenance.  The Prophet, sallallahu 'alayhi wa sallam, said:

"Charity extinguishes a wrong as water puts out fire."

Wrongdoings create a heat in the hearts and a flame in the souls, and a burning fire in life.  Only charity can put out this blazing fire.  Indeed, charity is a cooling for the heart and a fragrance for the spirit, erasing in the most complete way every wrongdoing.

"Every person will be in the shade of his charity on the Day of Judgement, until all matters are settled between the people."

This is truly astonishing; that charity should have an expansive shade and shadows in which the servants of Allah shade themselves on the Day of Judgement - each one according to the shade that was produced by his charity in this world.

The third Righteously Guided Caliph, 'Uthman ibn Affan, was very rich.  He used his wealth and vast possessions to gain the pleasure of Allah by equipping the Muslim army before it set out for the Battle of Tabuk.  He bought an entire well especially for the Muslims.  He will certainly be rewarded for his generosity and sacrifice.  'Abdur-Rahman ibn Awf was another wealthy companion.  On one occasion he gave to the poor people of Madinah, for the sake of Allah, the merchandise of an entire caravan comprising 700 camels.

In this context the Prophet, sallallahu 'alayhi wa sallam, said:

"Whoever feeds a fasting person will have the same reward like that, without there being any reduction in the reward of the one who is fasting."

Hence, the generosity of righteous people is increased in Ramadan.  They give, spend and sacrifice.  Many of them usually provide meals for gatherings of poor Muslims to break their fast each day in Ramadan.  By so doing, they seek a great and abundant reward from Allah Almighty.

The mosques of our righteous predecessors used to filled with food provided for the poor; to the extent that one could not find a hungry or needy person.  Of course, it is quite amazing that all which a servant spends on his good, drink and clothes is of no consequence except that which was spent seeking the pleasure of Allah, the Sublime.  He says in the Qur'an:

"If you offer up to a God a goodly loan, He will amply repay you for it, and will forgive you your sins: for God is ever responsive to gratitude, forbearing."

O fasting person, know that by your sacrifice and giving you are actually giving a loan to your Loan for the day of your poverty and need.  The Day of Indigence and Wretchedness.  The Day of Loss and Gain.  O fasting person, know that  drink of water, a taste of milk, a handful of dates, the little food, money, clothes and fruits that you give to the needy are all it takes to clear your way to Paradise.  O fasting person, know by Allah, that nothing preserves wealth like charity.  Nothing purifies wealth like Zakat.  Many rich people have died and left wealth and treasures, tall buildings and palaces, the quantity of which only Allah knows.  Yet, all of it became a source of regret and sorrow; because they never used their wealth in the right way.  Tomorrow you will the winners and the losers, and surely help is only from Allah.

From Thirty Lessons for those Who Fast by A'id 'Abdullah al-Qarni, a full PDF copy of which can be found on Kalamullah.com

One of the worst sins is a person taking his sin lightly.