Purification of the Soul 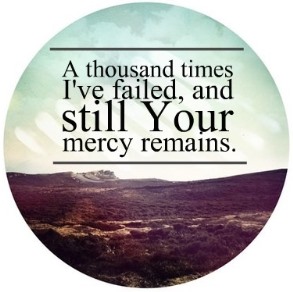 The All-Encompassing Mercy of Allah

Hope: it is the peaceful state of the heart which awaits what is dear to it. If the means - by which what the heart hopes for may come - are not present, then stupidity and foolishness would be a more accurate name for such a state. Similarly, if there is no doubt that what is being hoped for will definitely occur, then likewise, this state cannot be referred to as hope. For example, it would not be correct to say: I hope that the sun rises today. However, it would be correct to say: I hope that it rains today.

The Scholars who have studied matters pertaining to the heart have said: that this world is like land that is cultivated for its fruits in the Hereafter; and that the heart is like the earth; and that iman (faith) is like the seeds; and that acts of obedience are like ploughing and preparing the soil for planting, and digging channels in order to irrigate and bring water to it.

The heart which is in love with this world is like barren land, from which seeds cannot sprout. The Day of Judgement is like the day of harvest - and each person reaps what he sows. And no seed can sprout, except the seeds of iman, and iman very seldom benefits if the heart is corrupt and has bad qualities.

Between Hope and Delusion

The example of a servants hope in Allah's mercy and forgiveness can be likened to the hope of a farmer: If the farmer searches for fertile soil, then sows it with good and healthy seeds, giving to the seeds what they need at the appropriate time, removing from around them the weeds and anything else that may hinder or ruin their growth, then he sits and waits for the Favour of Allah - the Most High - with regards to Him keeping away violent storms and other harmful elements, until the seeds have fully ripened and grown - then this type of waiting and expectation can truly be described as hope. However, if the farmer sows the seeds in hard and barren soil, too high up for water to reach it, and he does nothing to care and protect the seed from harm, and then he sits and waits for a good harvest - then this waiting and expectation is not called hope, rather, such waiting is called foolishness and delusion!

So, the term hope only applies to waiting for what is dear or desired, after all the means - that will assist in realising this desire and are within the ability of the person - have been utilised. As for that which is not within the servants ability, then it is left to the favour of Allah - the Most High - and He is the One who can prevent harmful matters, if He so wishes. So if the servant sows the seeds of iman, and waters them with acts of obedience to Allah, and cleanses his heart from harmful qualities and traits, then waits for the favour of Allah - the Most High - with regards being granted firmness upon this until death and an excellent end leading to His forgiveness - then such a wait can truly be called hope. Allah - the Most High - said:

"Indeed those who believe and those who migrate and who make jihad in the path of Allah, they are the ones who have the hope of Allah's mercy. And indeed Allah is Oft-Forgiving, Most-Merciful." [Al-Qur'an 2:218]

It is also necessary to know that truly hoping in something necessitates three things:

If hope is not connected with any one of these matters, then it is mere wishful thinking, since hope is one thing, and wishful thinking something else. And every person who is hopeful, is also fearful, and whosoever traverses a path, makes haste when he fears that he may miss what he hopes for.

Abu Hurayrah radhiallahu 'anhu relates that Allah's Messenger sallallahu 'alayhi wa sallam said: "Whosoever fears being plunderered by the enemy, sets out in the early part of the night, and whosoever sets out early reaches the destination. Indeed the treasures of Allah are precious. Indeed the treasures of Allah is Paradise." {qluetip title=[1]}Sahih: Related by At-Tirmidhi (10/227) and Al-Hakim (4/30) who both authenticated it{/qluetip}

Allah - the One free from all defects, the Most High - said:

"Say: O My servants who have wronged their souls due to sin. Do not despair in Allah's mercy, for indeed Allah forgives all sins. Indeed He is Oft-Forgiving, Most Merciful." [Al-Qur'an 39:53]

And Allah - the Mighty and Majestic - said:

"Indeed your Lord is full of forgiveness for mankind, inspite of their wrong-doing." [Al-Qur'an 13:6]

'Umar ibn al-Khattab radhiallahu 'anhu relates that some prisoners were brought before Allah's Messenger sallallahu 'alayhi wa sallam and amongst them was a woman who was frantically searching for someone in the crowd. When she found a baby amongst the prisoners, she took it in her arms, cradled it next to her chest and suckled it. So Allah's Messenger sallallahu 'alayhi wa sallam said: "Do you think that this woman would ever throw her child into the Fire?" We said: By Allah ! Never! So he said: "Allah is more merciful to His believing servants than that mother could ever be to her child." {qluetip title=[2]}Related by Al-Bukhari (10/426) and Muslim (18/80){/qluetip}

Anas radhiallahu 'anhu relates that he heard Allah's Messenger sallallahu 'alayhi wa sallam say: "Allah - the Most High - said O son of Adam! As long as you call upon Me and hope in Me, I shall forgive you for what you have done and I shall not mind. O son of Adam! If your sins were to reach the clouds of the sky and you were then to ask forgiveness of Me, I would forgive you. O son of Adam! Were you to come to Me with sins nearly as great as the earth, and were you then to meet Me without committing any shirk (i.e. calling upon someone else, or worshipping someone else) along with Me, I would bring you forgiveness as great as it." {qluetip title=[4]}Sahih: Related by At-Tirmidhi (no. 2805) and Ahmad (5/172). It was authenticated by Al-Albani in As-Sahihah (no. 126){/qluetip}

"In my view, the worst kind of self-delusion is to greatly sin, yet hope for forgiveness without feeling any regret; and to hope to draw close to Allah - the Most High - without obedience to Him; and to await the fruits of Paradise, by planting the seeds for Hell-Fire; and to seek the abode of the obedient ones, by doing acts of disobedience; and to expect a reward, without doing any worthy action; and to hope in Allah - the Mighty and Majestic - after overstepping the bounds."

"You hope for salvation but do not tread its path.
A ship never sails upon dry land." {qluetip title=[5]}Related by Ibn Hibban in Rawdatul-'Uqala (p. 284), from the poetry of Abu'l-'Atiyyah{/qluetip}