Purification of the Soul

Ikhlas (purity and sincerity of intentions)

It is the stripping (i.e. the purifying) of one's intentions in order to draw closer to Allah - the Mighty and Majestic - in all matters. It is also said that ikhlas is intending to single out Allah alone with acts of obedience. It has also been said that ikhlas is to forget about the creation by constantly looking towards the Creator.

And ikhlas (sincerity) is a condition for Allah to accept those righteous actions that are done in accordance with the Sunnah (guidance) of Allah's Messenger sallallahu 'alayhi wa sallam. So Allah - the Most High - commanded us with His saying:

"And they have not been commanded except to worship Allah alone, having ikhlas (purity of intention) in their Religion and not setting-up partners with Allah in the worship of Him." [Al-Qur'an 38:5] 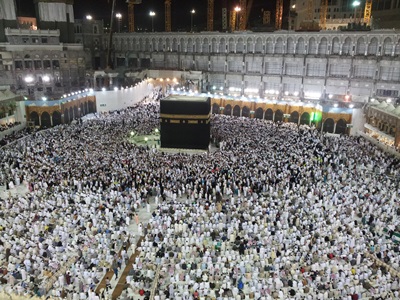 The Prophet sallallahu 'alayhi wa sallam said: "May Allah brighten whosoever hears my words, memorises them and then conveys them to others. Many a carrier of knowledge does not understand it, and many a carrier of knowledge conveys it to one who has better understanding. There are three things which the heart of a Believer has no malice about: Ikhlas for Allah in one's action; sincere advice to the Muslim leaders; and clinging to the Jama'ah." {qluetip title=[2]}Sahih: Related by Ahmad (4/80) and Ibn Majah (no. 230). It was authenticated by Al-Albani in As-Sahihah (no. 404){/qluetip}

The meaning of the above being that these three matters strengthen the heart. And that whosoever adopts them, then his heart will be purified from deceit, corruption and evil. And no servant can be free from Shaytan except by having ikhlas, as Allah - the Mighty and Majestic - said:

It has been related from one of the pious people that he said: "O my soul! Have ikhlas and then you will be purified." Thus, whenever any share of this world - in which the soul takes comfort and the heart inclines towards, either greatly or slightly - enters into our actions, then it marrs the purity and ruins the ikhlas. For man becomes preoccupied with his portion of the world and becomes immersed in his desires; and very seldom are his action, or acts of worship, free from temporary objectives or desires of this kind. That is why it has been said: "Whosoever secures in his lifetime even a single moment of ikhlas, seeking the Face of Allah, he will be saved." This is because ikhlas is something very precious, and cleansing the heart from impurities is something difficult.

So ikhlas is: Cleansing the heart from all impurities - whether large or small - such that the intention of drawing closer to Allah is stripped of all other motives, except that. And this matter cannot be imagined, except from someone who truly loves Allah; and who is so absorbed in thinking about the akhirah (Hereafter), that there remains no place in his heat for the love of this world to settle. The likes of such a person - even when he is eating, drinking or answering the call of nature - has ikhlas in his actions and has correct intentions. However, whosoever is not like this, then the doors of ikhlas will be closed to him - except in rare exceptions. Likewise, whosoever is overwhelmed with the love of Allah and the love of the Hereafter, then the actions that he does will all be characterised with this ikhlas. However, if the person's soul is overwhelmed with this dunya (world), then the actions that he does will be characterised with this love, such that no act of worship - whether it be fasting or praying, or other than these - will be accepted from him, except in a few cases.

The cure for loving this world is to break these worldly desires that the soul has, curing-off the greed it has for this world and purifying it for the Hereafter. This will then become the overwhelming trait of the heart and with this state achieving ikhlas will become much easier. For how many actions there are that a person does, thinking that they are done with true ikhlas (sincerity), seeking only the Face of Allah, but he is deluded, for he does not see the defects in them!

Thus it has been related about someone that he used to always pray in the first row of the mosque. One day he was delayed in coming to the prayer, so he had to pray in the second row. Feeling embarrassed at praying in the second row, the man realised that the satisfaction and pleasure of the heart that he gained from praying in the first row was due to him seeing that the people used to admire him for it. This is a very fine and subtle point and actions are seldom safe from it. Indeed, very few are there who realise such subtleties - apart from those upon whom Allah - the Most High - has blessed and helped. Rather, those who are negligent of such matters will see their good deeds appearing as evil ones on the Day of Resurrection, and they are the ones who are referred to in Allah - the Most High's - sayings:

"And there will become clear to them that which they were not expecting. For the evil of their deeds will become apparent to them." [Al-Qur'an 39:47-48]

"Say: Shall We inform you about those who will lose most in respect to their actions? Those whose efforts have been wasted in the life of this world, whilst they thought that they were doing good actions." [Al-Qur'an 18:103-104]

"A mukhlis (one who truly has ikhlas) is someone who conceals his good actions, as he conceals his bad ones."

"Having ikhlas (sincerity for Allah) in the intentions for any action, is much harder than performing the action itself."

One of the Salaf (Pious Predecessors) said:

"To have true ikhlas even for a short time is to be saved. However, ikhlas is very rare."

Suhayl - rahimahullah - was asked: What is the thing most difficult for the nafs (soul)? He replied: "To have ikhlas, especially when the soul is not disposed towards it."

A man who wanted to write hadith would [learn] manners and worship for twenty years before starting.